Weezer is an American rock band formed in Los Angeles, California, in 1992. Since 2001, the band has consisted of Rivers Cuomo (lead vocals, lead guitar, keyboards), Patrick Wilson (drums, percussion, backing vocals), Brian Bell (guitar, backing vocals, keyboards), and Scott Shriner (bass, backing vocals, keyboards). After signing to Geffen Records in 1993, Weezer released their self-titled debut album, also known as the Blue Album, in May 1994. Backed by music videos for the singles "Buddy Holly", "Undone – The Sweater Song", and "Say It Ain't So", the Blue Album became a multiplatinum success. Weezer's second album, ''Pinkerton'' (1996), featuring a darker, more abrasive sound, was a commercial failure and initially received mixed reviews, but achieved cult status and critical acclaim years later. Both the Blue Album and ''Pinkerton'' are now frequently cited among the best albums of the 1990s. Following the tour for ''Pinkerton'', bassist Matt Sharp left the band and Weezer went on hiatus. In 2001, Weezer returned with the Green Album, with new bassist Mikey Welsh. With a more pop sound, and promoted by singles "Hash Pipe" and "Island in the Sun", the album was a commercial success and received mostly positive reviews. After the Green Album tour, Welsh left the band and was replaced by Shriner. Weezer's fourth album, ''Maladroit'' (2002), achieved mostly positive reviews, but weaker sales. ''Make Believe'' (2005) received mixed reviews, but its single "Beverly Hills" became Weezer's first single to top the US Modern Rock Tracks chart and the first to reach the top ten on the ''Billboard'' Hot 100. In 2008, Weezer released the Red Album, featuring "TR-808s, synths, Southern rap, and baroque counterpoint". Its lead single, "Pork and Beans", became the third Weezer song to top the Modern Rock Tracks chart, backed by a Grammy-winning YouTube music video. ''Raditude'' (2009) and ''Hurley'' (2010) featured more "modern pop production" and songs co-written with other artists, achieved further mixed reviews and moderate sales. The band took a hiatus from 2011-2014 after their material kept getting backlash from fans. Their ninth and tenth albums, ''Everything Will Be Alright in the End'' (2014) and the White Album (2016), returned to a rock style and achieved more positive reviews. Their eleventh album, ''Pacific Daydream'' (2017), featured a more mainstream pop sound. In 2019, Weezer released an album of covers, the Teal Album, followed by the Black Album. In 2021, the band released ''OK Human'', which featured an orchestral pop sound, set to be followed by the hard rock inspired ''Van Weezer''. Weezer has sold 10.2 million albums in the US and over 35 million worldwide.

Vocalist and guitarist Rivers Cuomo moved to Los Angeles in 1989 with his high school metal band, Avant Garde, later renamed Zoom. After the group disbanded, Cuomo met drummer Patrick Wilson, and moved in with him and Wilson's friend Matt Sharp. Wilson and Cuomo formed a band, Fuzz, and enlisted Scottie Chapman on bass. Chapman quit after a few early shows; the band reformed as Sixty Wrong Sausages, with Cuomo's friend Pat Finn on bass and Jason Cropper on guitar, but soon disbanded. Cuomo moved to Santa Monica and recorded dozens of demos, including future Weezer songs "The World Has Turned and Left Me Here" and "Undone – The Sweater Song". Sharp was enthusiastic about the demos, and accepted Cuomo and Wilson's invitation to play with them; he became the group's bassist and de facto manager. Cuomo, Wilson, Sharp and Cropper formed Weezer on 14 February 1992. Their first show was on 19 March 1992, closing for Keanu Reeves' band Dogstar. They took their name from a nickname Cuomo's father gave him. Cuomo gave Sharp one year to get the band a record deal before Cuomo accepted a scholarship at UC-Berkeley. In November, Weezer recorded a demo, ''The Kitchen Tape'', including a version of the future Weezer single "Say It Ain't So". The demo was heard by Todd Sullivan, an A&R man at Geffen Records, who signed them in June 1993.

Weezer recorded their debut album with producer Ric Ocasek at Electric Lady Studios in New York City. Cropper was fired during recording, as Cuomo and Sharp felt he was threatening the band chemistry. He was replaced by Brian Bell. ''Weezer,'' also known as the "Blue Album", was released in May 1994. Geffen originally did not wish to release a single, to see what sales could be generated by word-of-mouth alone. DJ Marco Collins of the Seattle radio station The End started playing "Undone – The Sweater Song", leading Geffen to release it as the first single. The music video was directed by Spike Jonze. Filmed in an unbroken take, it featured Weezer performing on a sound stage with little action, bar a pack of dogs swarming the set. The video became an instant hit on MTV. Jonze also directed Weezer's second video, "Buddy Holly", splicing the band with footage from the 1970s television sitcom ''Happy Days''. The video achieved heavy rotation on MTV and went on to win four MTV Video Music Awards, including Breakthrough Video and Best Alternative Music Video, and two ''Billboard'' Music Video Awards. The video was also featured on the companion CD for the Windows 95 operating system. A third single, "Say It Ain't So", followed. ''Weezer'' is certified quadruple platinum in the United States as well as Canada, making it Weezer's best-selling album.

In 1994, Weezer took a break from touring for the Christmas holidays. Cuomo traveled to his home state of Connecticut and began recording demos for Weezer's next album. His original concept was a space-themed rock opera, ''Songs from the Black Hole, ''that would express his mixed feelings about success. Weezer developed the concept through intermittent recording sessions through 1995. At the end of the year, Cuomo enrolled at Harvard University, where his songwriting became "darker, more visceral and exposed, less playful", and he abandoned ''Songs from the Black Hole''. Weezer's second album, ''Pinkerton'', was released on September 24, 1996. It produced three singles: "El Scorcho", "The Good Life", and "Pink Triangle". In addition to a lawsuit filed against the band over the title of the album, ''Pinkerton'' sold poorly compared to the Blue Album, perhaps due to its darker, more abrasive sound, and it was voted "one of the worst albums of 1996" in a ''Rolling Stone'' reader poll. However, the album eventually came to be considered among Weezer's best work; in 2002, ''Rolling Stone'' readers voted ''Pinkerton'' the 16th greatest album of all time, and it has been listed in several critics' "best albums of all time" lists. In July 1997, sisters Mykel, Carli and Trysta Allan died in a car accident while driving home from a Weezer show in Denver, Colorado. Mykel and Carli ran Weezer's fan club and helped manage publicity for several other Los Angeles bands, and had inspired the "Sweater Song" B-side "Mykel and Carli". Weezer canceled a show to attend their funeral. In August, Weezer and other bands held a benefit concert for the family in Los Angeles. 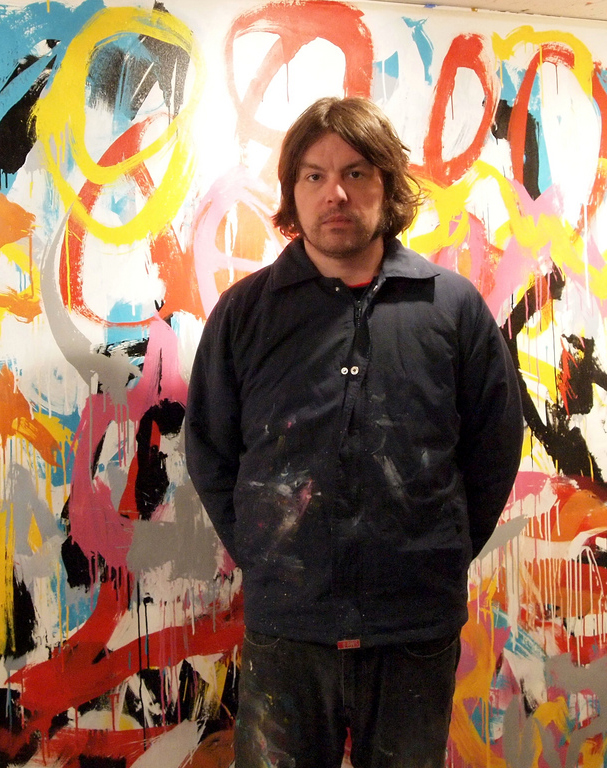 Weezer completed the ''Pinkerton'' tour in mid-1997 and went on hiatus. Wilson returned to his home in Portland, Oregon to work on his side project, the Special Goodness, and Bell worked on his band Space Twins. Sharp left Weezer to complete the follow-up album for his group the Rentals. He said of his departure: "I don't really know how to speak on this because I don't know what should be kept private and what should be shared. I certainly have my view of it, as I'm sure everybody else has their sort of foggy things. When you have a group that doesn't communicate, you're going to have a whole lot of different stories." Cuomo returned to Harvard but took a break to focus on songwriting.