Click Here for Items Related To - This Is It (concerts)


This Is It was a planned concert residency by American pop singer Michael Jackson slated to take place at the O2 Arena, in London, between July 13, 2009 and March 6, 2010. However, the concerts never took place, as Jackson died on June 25, 2009. Jackson announced This Is It at a press conference in the O2 Arena, and said it would be his final series of concerts in London. AEG Live, the concert promoters, released a promotional video that used an entire commercial break when aired on ITV, setting a record for that network. Initially, only 10 concerts were announced, but following public demand, 40 more concerts were added. Ticket sales broke several records and Jackson's album sales increased following the announcement; AEG Live estimated that the first 10 dates alone would have earned Jackson approximately £50 million. In preparation for the concert series, Jackson had been collaborating with figures including fashion designer Christian Audigier, choreographer Kenny Ortega and bodybuilder Lou Ferrigno. Prior to Jackson's death in 2009, Allgood Entertainment sued Jackson for $40 million, claiming that he had breached an exclusivity agreement with them by agreeing to the This Is It concerts; the case was dismissed. After Jackson's death, AEG Live offered either refunds to ticket holders or a special "souvenir" ticket designed by Jackson. The cancelled shows, record-breaking ticket sales and potential for a world tour led to This Is It being termed "the greatest concertthat never happened." Columbia Pictures acquired the footage of the rehearsals and released a concert film, ''Michael Jackson's This Is It,'' accompanied by a compilation album of the same name.

Jackson announced ''This Is It'' at a press conference at the London O2 Centre on March 5, 2009. The conference was attended by fans from several countries and 350 journalists. He told the crowd: "This is it. When I say this is it, it really means this is it. This will be the final curtain call." Immediately after the conference, a statement confirmed that Jackson would play 10 shows at the London O2 Arena, "performing in London for the last time". The statement promised "an explosive return with a band of the highest calibre, a state-of-the-art stage show and incredible surprise support acts". Jackson had not toured since the 1997 HIStory tour. In 2005, he was acquitted of child sexual abuse charges, and kept out of the public eye in the years following. Reports circulated that he was facing financial problems; he had closed his Neverland Ranch residence and auctioned more than 2,000 possessions. The ''Independent'' reported that "for a man who has been absent for 10 years from the stage, after a messy court battle to shake off the paedophilia charges, a reputed cash crisis and the loss of his ranch, Michael Jackson looked surprisingly rehabilitated". Hours before the press conference, promotional posters for the residency were displayed around London. Further promotion took up an entire commercial break period on ITV London during ''Dancing on Ice'', the first time this has ever happened for a musical artist. The advert, which cost £1 million to air, was viewed by 11 million people. The shows, Jackson's first significant concert events since the Michael Jackson: 30th Anniversary Celebration in 2001, had been cited as one of the year's most important musical events. Randy Phillips, president and chief executive of AEG Live, stated that the first 10 dates would earn Jackson approximately £50 million (about US$80.1 million). ''The Guardian'' characterized the concerts as an "astonishing comeback for a man who in recent years has been dogged by controversy", adding that Jackson still had "enormous commercial clout". The ''Evening Standard'' stated that the deal was the "showbiz coup of the decade" for AEG Live, while ''The Independent'' remarked that the finalized 50 concerts would provide London with a "much-needed" economic boost. Joe Cohen, chief executive of Seatwave, told BBC 6 Music that the shows would generate £1 billion for the economy. 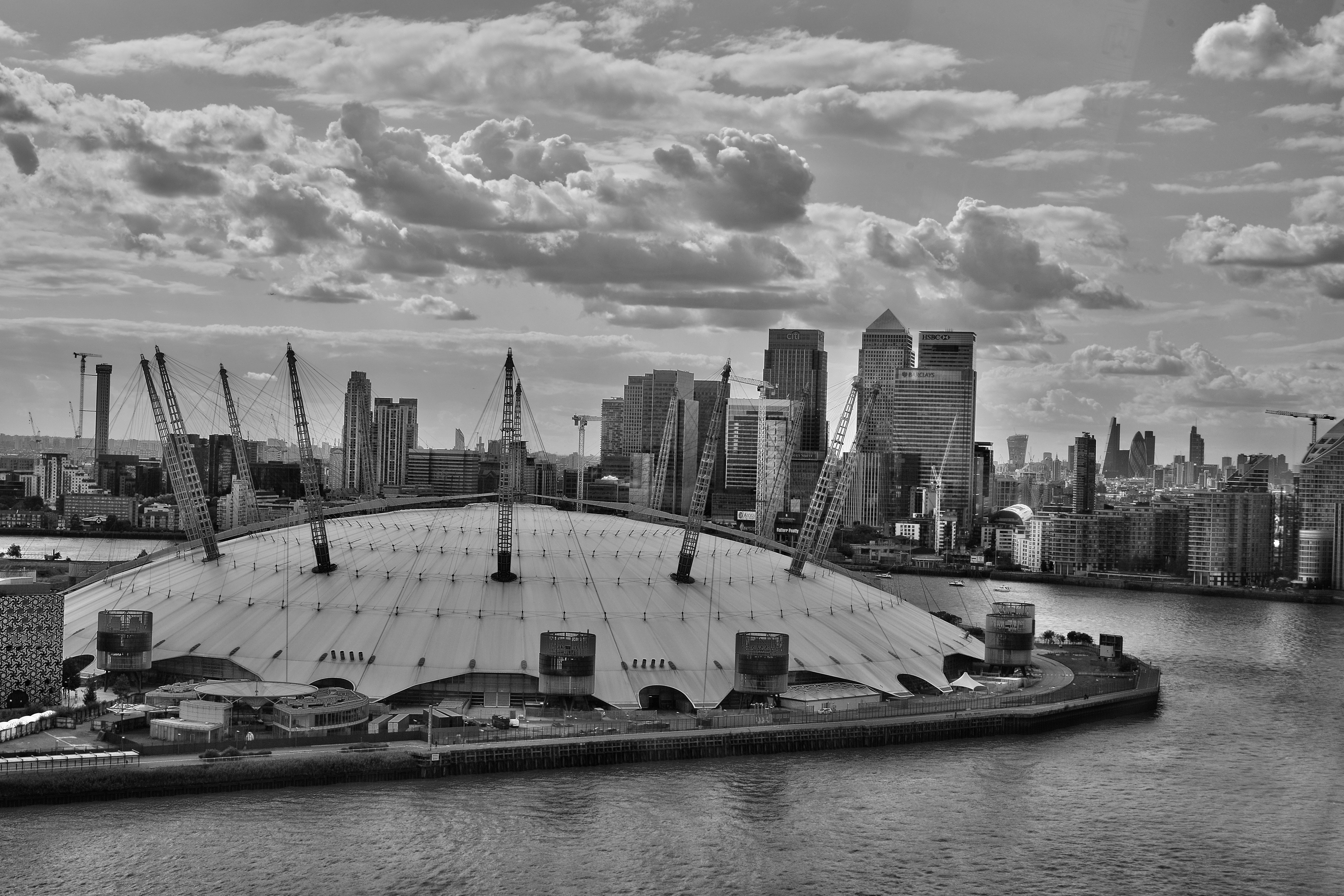 Sales of Jackson's albums increased following the press conference. Overnight, sales of ''Off the Wall'' rose 200%, ''Bad'' rose 110%, ''Dangerous'' rose 165% and ''Thriller 25'' rose 155%. Some websites offered early tickets, which the Association of Secondary Ticket Agents warned were fake. Jackson's website allowed fans to register early for a "pre-sale" draw. The website was not able to deal with the number of registrations—reportedly up to 16,000 applications a second. In the space of 24 hours, nearly a million people from around the world registered for pre-sale tickets, enough to fill the venue 50 times over. Tickets that had not even been printed were selling on auction website eBay for £300. The two-day pre-sale began on March 11, and 40 extra dates were added to meet high demand; five dates were reserved in their entirety for the public sale. More than 1.5 million fans caused two sites offering pre-sale tickets to crash within minutes of going online. In the space of four hours, 750,000 tickets were sold. Two million people tried to buy pre-sale tickets in the space of 18 hours. Veronica Schmidt of ''The Times'' said that "Michael Jackson has floored his critics", while organizers proclaimed it a "cultural phenomenon". Jackson was set to break the record for number of shows performed by an artist at a single venue, which had been set by Prince, who hosted a residency at the same arena for his 21 Nights in London: The Earth Tour concerts. According to Jackson's website, the following records were or would have been broken: "The biggest audience ever to see an artist in one city", "The greatest number of people to attend a series of arena shows", "The fastest ticket sales in history". Randy Phillips acknowledged that Jackson could have sold out even more dates, but this would have conflicted with other career plans. On March 13, the other 50% of seats for dates 1–45 and all the seats for dates 46–50 went on sale to the general public. Within four hours, all 50 dates had sold out. At this stage, the sales of ''King of Pop'' were up 400% and the sales of ''Thriller'' were up 200%. Tickets appeared on eBay for as much as £10,000.

The 50-concert run was originally slated to start on July 8, 2009 and conclude on February 24, 2010. Each of the shows would have been performed at the O2 Arena in London, which has a capacity of 23,000. New York designer Zaldy was head costumer. Jay Ruckel of La Crasia Gloves recreated Jackson's iconic single glove. The costumes were encrusted with 300,000 Swarovski crystals. In April 2009, more than 700 dancers arrived to audition from the 13th to the 15th for Jackson, who helped select the 11 finalists. Kenny Ortega, who had collaborated with Jackson previously, was to work on the overall design and direction of concerts. Ortega said that the final product would have been a "theatrical musical experience". According to Randy Phillips, $20 million was to be spent on producing the concerts, which would have included 18–22 songs and 22 different sets. There also would have been aerial dancing similar to routines by Cirque du Soleil. Carla Ferrigno told Reuters that her husband Lou had been helping Jackson train in advance of the shows. Jackson and Ferrigno had previously worked together. On May 20, it was announced that the first concert would be pushed back five days to July 13 and three other July dates would be reslated for March 2010. AEG Live said that the delay was necessary because more time was needed for dress rehearsals. The revised schedule called for 27 shows between July 13 and September 29, 2009, followed by a three-month break, before resuming in the new year with 23 more shows between January 7 and March 6, 2010. Some fans petitioned for the reversal of AEG Live's decision. In late June, several hundred seats for each of the dates were put on sale. These seats were held back until production logistics were worked out. It was suggested that after the London concerts, Jackson might head to Australia, Europe, India, China, Hong Kong and Japan before moving on to North America. Randy Phillips, the CEO of AEG Live, told the ''LA Times'' that Australia was part of Michael Jackson's international tour plans.

In June 2009, concert promoter Allgood Entertainment, represented by Ira Meyerowitz and Jon Kekielek of MJlawfirm, sued Jackson for $40 million. He claimed that Jackson, through his manager Frank DiLeo, had agreed to a single and a $30 million reunion concert with The Jackson 5 and his sister Janet Jackson. According to the concert promoter, the alleged contractual agreement prevented Jackson from performing elsewhere before the reunion concert and for a three-month period after it. Thus, agreeing to a 50 date residency at the O2 Arena was an alleged breach of the Allgood Entertainment contract. The filing company stated that AEG Live knew of the alleged agreement with Jackson and used their dominance in the industry to coerce Jackson into agreeing to the residency. In August 2010, the judge dismissed the case, stating that there was no evidence of a binding agreement, no contracts were signed. The case was in limbo as of 2013.

On June 25, 2009, eighteen days before the first slated "This Is It" performance, Jackson died after suffering cardiac arrest caused by an overdose of Propofol and benzodiazepines. AEG Live, who persuaded Jackson to sign up for the shows, faced a liability of up to £300 million and an empty venue for the next nine months. The O2 Arena stated that full refunds, including all ticket service charges, would be available to those who purchased tickets through authorized agents, but that "fans will have the option to be sent the actual tickets they would have received to attend the shows in lieu of the full refunds which are being offered." Fans who bought their tickets from private sellers potentially faced problems. eBay recommended that purchasers contact their sellers for refunds and stated that those who used PayPal could get their money back if the purchase was made during the last 45 days. PayPal later announced that "all buyers on the site will receive a full refund for their ticket purchase".

Following Jackson's death, AEG stated that they had over "100 hours of footage of preparations and rehearsals for the shows". On August 10, 2009, Los Angeles Superior Court Judge Mitchell Beckloff approved a deal between film distributor Columbia Pictures and AEG Live for the former company to purchase and distribute rehearsal footage of Jackson for a film entitled ''Michael Jackson's This Is It''. According to court documents, Columbia paid $60 million (£35 million) for rights to the rehearsal footage. The papers filed in court had reportedly stated that Jackson's estate will get 90% of the profits and that AEG Live will get the remaining 10% from the film's revenue. The film was directed by Kenny Ortega who was also the director of the live concert. It was compiled mostly from footage that was shot as reference for production discussions and was never meant to be shown publicly. Some of the music and vocals in the film were added from previous recordings, though most were from the live performance. The film was released on October 28, 2009. An accompanying album to the film was also released. Titled ''This Is It'', the compilation was distributed internationally on October 26, and to North America the following day. The two-disc album features music "inspired from the documentary of the same name". Of the album, Sony said, "Disc one will feature the original album masters of some of Michael's biggest hits arranged in the same sequence as they appear in the film" and stated that "the disc ends with two versions of the 'never-released' 'This Is It' ..This song is featured in the film's closing sequence and includes backing vocals by Michael's brothers, The Jacksons and Alvin Chea of Take 6." Sony added that the second disc will feature previously unreleased versions from Jackson's "catalogue of hits", along with a spoken word poem entitled "Planet Earth" and a 36-page commemorative booklet with "exclusive photos of Michael from his last rehearsal".