Ali was born and raised in Lahore, Punjab in British India (later part of Pakistan). He is the son of journalist Mazhar Ali Khan and activist mother Tahira Mazhar Ali Khan. Ali's mother was the daughter of Sir Sikandar Hyat Khan, who led the Unionist Muslim League and was later Prime Minister of the Punjab from 1937 to 1942. Ali's father, Mazhar, had been "mobilising peasants in his family’s fiefdom" when he was invited to join the ''Pakistan Times'' by Mian Iftikharuddin, later becoming sympathetic to the Communist cause, although he never joined the party. Ali's father and mother, who were cousins, eloped. His mother later said: "Mazhar left for the Middle East on military service. I was very pregnant by then. We didn't see each other for two years. Our son Tariq was born while Mazhar was away. By the time he returned, I had joined the Communist Party. I had given away my entire trousseau, including the family jewels, to the Party."

Ali first became politically active in his teens, taking part in opposition to the military dictatorship of Pakistan. An uncle who worked in the Pakistani military intelligence warned his parents that Ali could not be protected. His parents therefore decided to get him out of Pakistan and sent him to England to study at Exeter College, Oxford, where he studied Philosophy, Politics, and Economics. He was elected President of the Oxford Union in 1965. In 1967 Ali was one of 64 prominent figures, including the Beatles, who signed a petition calling for the legalisation of marijuana. Ali's tenure at the Union included a meeting with Malcolm X in December 1964 during which Malcolm X expressed deep consternation about his own risk of assassination. 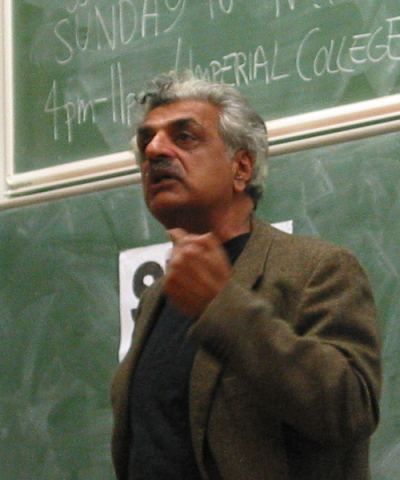 His public profile began to grow during the Vietnam War, when he engaged in debates against the war with such figures as Henry Kissinger and Michael Stewart. He testified at the Russell Tribunal over US involvement in Vietnam. As time passed, Ali became increasingly critical of American and Israeli foreign policies. He was also a vigorous opponent of American relations with Pakistan that tended to back military dictatorships over democracy. He was one of the marchers on the American embassy in London in 1968 in a demonstration against the Vietnam war. Active in the New Left of the 1960s, he has long been associated with the ''New Left Review''. Ali inserted himself into politics through his involvement with ''The Black Dwarf'' newspaper, he joined the International Marxist Group (IMG) in 1968. He was recruited to the leadership of the IMG and became a member of the International Executive Committee of the (reunified) Fourth International. He also befriended influential figures such as Malcolm X, Stokely Carmichael, John Lennon and Yoko Ono. In 1967, Ali was in Camiri, Bolivia, not far from where Che Guevara was captured, to observe the trial of Régis Debray. He was accused of being a Cuban revolutionary by authorities. Ali then said: "If you torture me the whole night and I can speak Spanish in the morning I'll be grateful to you for the rest of my life." During this period he was an IMG candidate in Sheffield Attercliffe at the February 1974 general election and was co-author of ''Trotsky for Beginners'', a cartoon book. In 1981, Ali quit the IMG and joined the Labour Party to support Tony Benn in his bid to become deputy leader of the Labour Party. 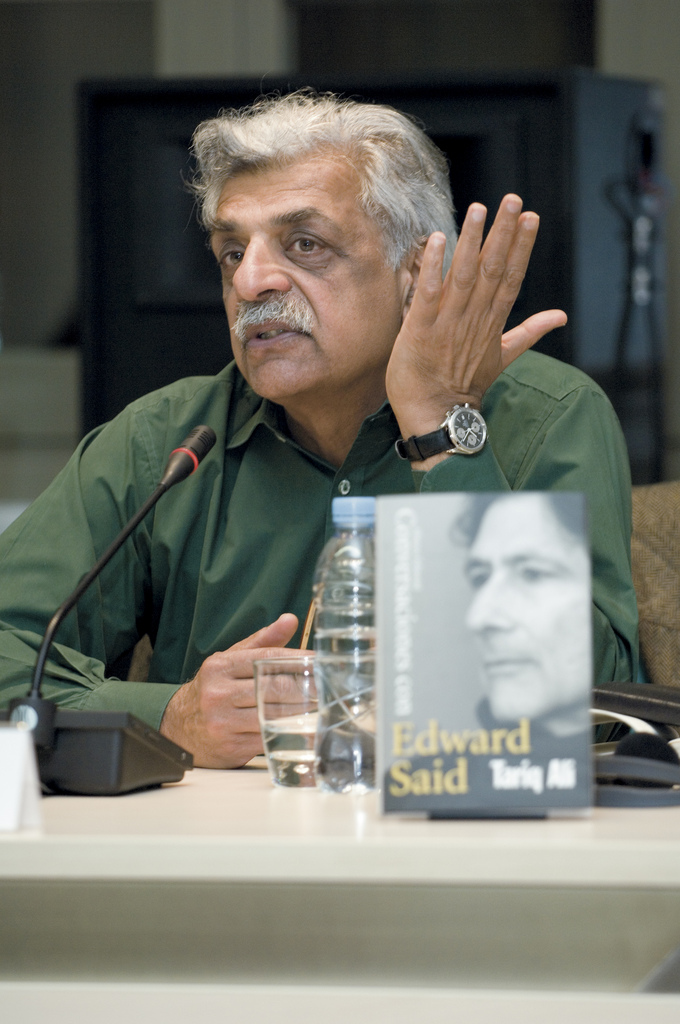 In 1990, he published the satire ''Redemption'', on the inability of the Trotskyists to handle the downfall of the Eastern bloc. The book contains parodies of many well-known figures in the Trotskyist movement. In 1999 Ali strongly criticised US and UK interventions in the Balkans in the piece ''Springtime for NATO'', and book ''"Masters of the Universe? NATO’s Balkan Crusade"'' in which he negated extent and nature of crimes committed by Serbian forces in Bosnia and Kosovo. He also defended denialist claims espoused by figures such as Diana Johnstone and Edward S. Herman. His book, ''Clash of Fundamentalisms'', aimed to put the events of the September 11 attacks in historical perspective. He followed that with ''Bush in Babylon'', which criticised the 2003 invasion of Iraq by American president George W. Bush. The book uses poetry and critical essays in portraying the war in Iraq as a failure. Ali believes that the new Iraqi government will fail. Ali has remained a critic of modern neoliberal economics and was present at the 2005 World Social Forum in Porto Alegre, Brazil, where he was one of 19 to sign the Porto Alegre Manifesto. He supports the model of Bolivarian Revolution in Venezuela. He has been described as "the alleged inspiration" for the Rolling Stones' song "Street Fighting Man", recorded in 1968. John Lennon's "Power to the People" was inspired by an interview Lennon gave to Ali. Ali participated in the 2012 ''Sight & Sound'' critics' poll, where he listed his ten favourite films as follows: ''The Battle of Algiers'', ''Charulata'', ''Crimson Gold'', ''The Discreet Charm of the Bourgeoisie'', ''Entranced Earth'', ''If...'', ''Osaka Elegy'', ''The Puppetmaster'', ''Rashomon'', and ''Tout Va Bien''. Ali has also written in favour of Scottish independence. During the 2016 United Kingdom European Union membership referendum, Ali supported a Leave vote on left-wing grounds. In 2020, Ali was a member of the Belmarsh Tribunal organized by Progressive International, investigating and evaluating the war crimes committed by the United States government in the 21st century. In November 2020, a British public inquiry into the work of undercover police officers was provided with evidence that Ali had been spied upon by at least 14 undercover police officers over a period of decades. The surveillance began in 1965 when he became president of the Oxford Union, and continued until at least 2003, when Ali was on the national committee of the Stop the War Coalition trying to prevent the invasion of Iraq. Ali said "It is incredible to think that after 35 years, in 2003, under the Tony Blair Labour government, that Special Branch were still engaging in the same anti-democratic activity as they had been at the outset".

Tariq Ali's ''The Leopard and The Fox'', first written as a BBC screenplay in 1985, is about the last days of Zulfiqar Ali Bhutto. Never previously produced because of a censorship controversy, it was finally premiered in New York in October 2007, the day before former Pakistani Prime Minister Benazir Bhutto returned to her home country after eight years in exile. In 2009, Ali, alongside Mark Weisbrot wrote the screenplay to the Oliver Stone documentary ''South of the Border''. This gave a favourable account of Hugo Chávez and other left-wing Latin American leaders. Interviewed in the documentary, Ali explained the role that Bolivian water privatisation and the 2000 Cochabamba protests played in eventually bringing Evo Morales to power.

Ali currently lives in Camden, north London, with his partner Susan Watkins, editor of the ''New Left Review''. He has three children: Natasha from a previous relationship, and Chengiz and Aisha with Watkins. He grew up in a secular family that was more culturally Muslim than religious, and describes himself as an atheist.