The Tampa Theatre is a historic
U.S. The United States of America (USA), commonly known as the United States (U.S. or US), or America, is a country primarily located in North America. It consists of 50 states, a federal district, five major self-governing territories, 326 India ...
theater Theatre or theater is a collaborative form of performing art that uses live performers, usually actors or actresses, to present the experience of a real or imagined event before a live audience in a specific place, often a stage. The performer ...
and city landmark in
Downtown ''Downtown'' is a term primarily used in North America by English speakers to refer to a city's commercial, cultural and often the historical, political and geographic heart, and is often synonymous with its central business district (CBD). It i ...
Tampa, Florida Tampa () is a major city that serves as the county seat of Hillsborough County, Florida, United States. It is on the west coast of Florida on Tampa Bay, near the Gulf of Mexico. Tampa is the largest city in the Tampa Bay area. With an estimated ...
. Designed as an
atmospheric theatre in Jefferson Park, Chicago. The theater's Baroque spire is a replica of one on the Royal Castle in Warsaw. Image:Akron_Civic_Theatre_(Loew%27s_Theater_-_Akron,_Ohio).jpg">The Akron Civic Theatre entrance lobby and box office An atmospheric theatr ...
style
movie palace The Uptown Theatre in Chicago A movie palace (or picture palace in the United Kingdom) is any of the large, elaborately decorated movie theaters built between the 1910s and the 1940s. The late 1920s saw the peak of the movie palace, with hundreds op ...
by architect
John Eberson John Adolph Emil Eberson (January 2, 1875 – March 5, 1954) was a European born American architect best known for the development and promotion of movie palace designs in the atmospheric theatre style. Life and career John Adolf Emil Eberson was b ...
, it opened on October 15, 1926. The theatre features a wide range of independent, foreign, and documentary films. It is Tampa's only non-profit movie palace, and operating costs are supported by its members, donors and corporate sponsors, as well as by ticket and concessions sales. It has often been used as a backdrop for movies, music videos and local programming.

Tampa Theatre was the first commercial building in Tampa to offer
air conditioning Air conditioning (also A/C, air conditioner) is the process of removing heat and controlling the humidity as well as removing dust in some cases of the air within a building or vehicle to achieve a more comfortable interior environment. This ma ...
, which provided appeal during Florida's sweltering summer months. The theatre's interior resembles romantic Mediterranean courtyard replete with old world statuary, flowers, and gargoyles. On the ceiling is an artificial nighttime sky featuring twinkling stars. A
movie palace The Uptown Theatre in Chicago A movie palace (or picture palace in the United Kingdom) is any of the large, elaborately decorated movie theaters built between the 1910s and the 1940s. The late 1920s saw the peak of the movie palace, with hundreds op ...
, it features an opulent interior and uniformed ushers and attendants. By the end of the 1920s, more than 90 million Americans were going to the movies every week. For several decades, the theatre remained a jewel and the centerpiece of Tampa's cultural landscape. By the 1960s and 70s, times had changed. America's flight to suburbs was having a damaging effect on downtown business districts across the country. Hardest hit were the downtown movie palaces which dotted America's urban landscapes. Audiences dwindled and costs rose. Many American movie palaces were demolished because the land beneath them became more valuable than the theatre operation. In 1973, the theatre faced the same fate. But the citizens rallied and committees were formed. City leaders became involved, and soon a deal was reached to have the City rescue the Tampa Theatre by assuming its leases. The Arts Council of Hillsborough County agreed to program and manage the Tampa Theatre with films, concerts and special events. By the time the Theatre reopened in early 1978, the Tampa Theatre had become something of a national model on how to save an endangered theater. 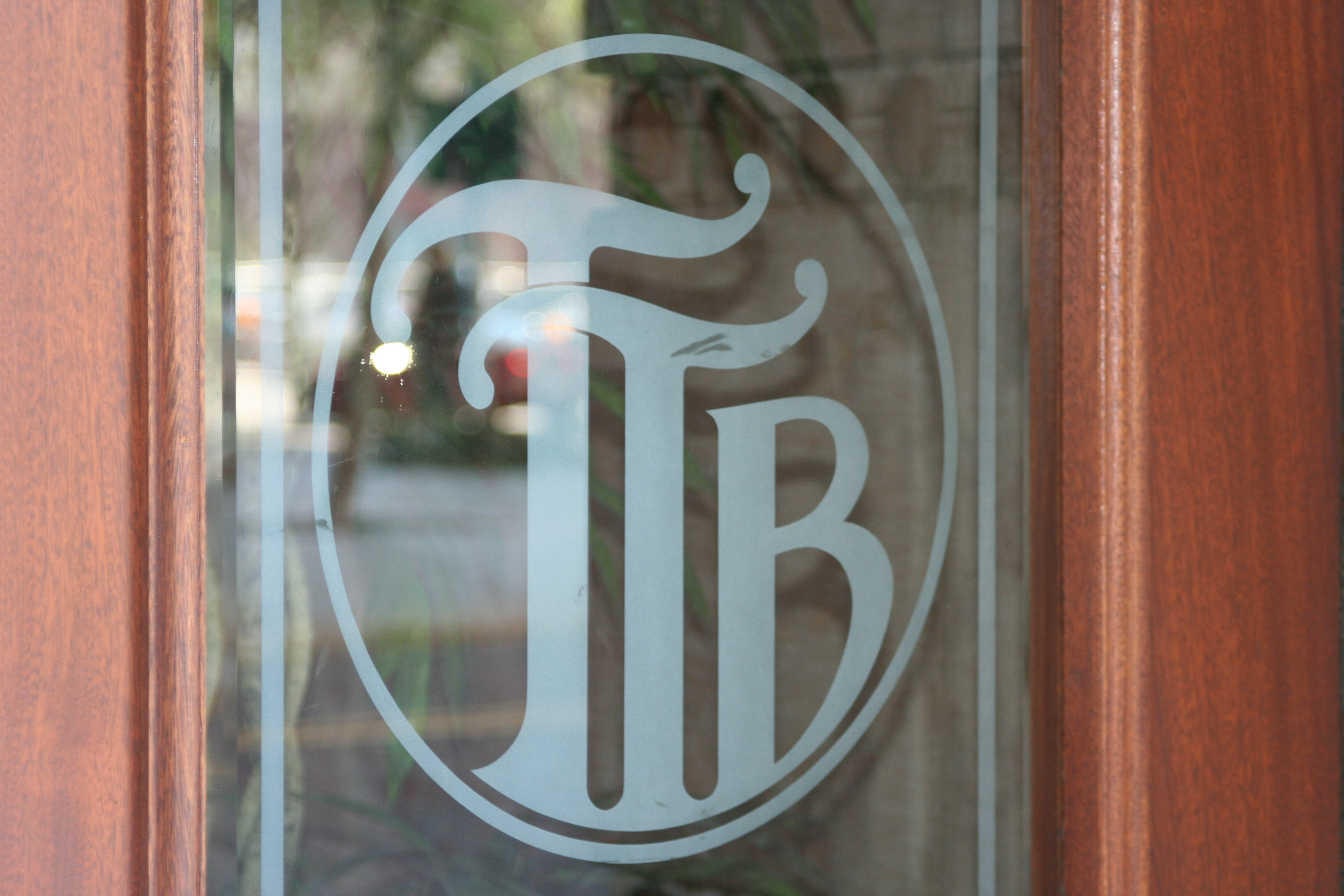 In 1992, restorations efforts were led by the Tampa Theatre Foundation after the building caught fire in 1991. The theatre presents and hosts over 600 events a year including a full schedule of first run and classic films, concerts, special events, corporate events, tours and educational programs. The Theatre is one of the most heavily utilized venues of its kind in the United States. Since its rescue in 1978, the theatre has welcomed over five million guests including over one million school children for school field trips and summer camps in the context of one of Tampa's largest historic preservation projects. Community support and contributions are critical to the Theatre's continued success and viability. In spite of its successes, the theatre only earns about 60% of its annual operating budget through earned income. It was named to the
National Register of Historic Places The National Register of Historic Places (NRHP) is the United States federal government's official list of districts, sites, buildings, structures and objects deemed worthy of preservation for their historical significance. A property listed i ...
in 1978, is a Tampa City Landmark, and is a member of the League of Historic American Theatres. The theatre has undergone many restoration projects to maintain its original splendor as well as equipment upgrades to provide a modern movie-going experience. The most recent restoration project was the replacement of the marquee which includes the vertical blade sign and the canopy. The completion of this major facelift was marked by the Marquee Lighting Ceremony which took place on January 16, 2004. The theatre operates The Mighty Wurlitzer Theatre Organ and the instrument is played before nightly films. The organ is played and maintained by a team of volunteer organists from the Central Florida Theatre Organ Society. In the spring of 2013, during its 86th year of existence, efforts began to convert to digital picture and sound (with the exception of productions that are only available in the movie reel format) and screened a free showing of ''Samsara'' to celebrate the transition. The switch to digital—in anticipation of an industry change whereby all new releases will only be available in digital format—occurred at a cost of $150,000. In late 2017, the Theatre closed for six weeks to complete the first phase of its long term restoration plan, a $6 million renovation that updated the electrical systems, re-seated the auditorium with seats designed to match the original look from 1926, added a new and expanded concessions stand and bar, installed a new emergency power system, and protected the building from storms by installing new storm rated windows and doors on the Florida Avenue side of the building. The seating capacity was reduced from 1,446 to 1,238 to improve comfort and leg room. New carpet, designed to match the original 1926 design, was installed, as well as a new grand drape and valance for the proscenium arch also designed to match the original. The lobby paint and plaster was painstakingly restored to its original palette by crews from EverGreene Studios, in New York, including the replication of four tapestries to replace the faded and worn tapestries from 1926. The original tapestries were transferred to the Tampa Bay History Center for preservation.

The glam metal band
Sleeze Beez Sleeze Beez are a glam metal band formed in 1987 in the Netherlands. They released four studio albums and one live album over a nine-year career before disbanding in 1996. Their 1989 album ''Screwed Blued & Tattooed'' peaked at number 115 on the ...
filmed the music video for the song "Stranger Than Paradise" at the theater. Additionally, the 2016 film ''The Infiltrator (2016 film), The Infiltrator features a scene that was shot in the theatre.