''Maxim'' is an international men's magazine, devised and launched in the UK in 1995, but based in New York City since 1997, and prominent for its photography of actresses, singers, and female models whose careers are at a current peak. ''Maxim'' has a circulation of about 9 million readers each month. Maxim Digital reaches more than 4 million unique viewers each month. ''Maxim'' magazine publishes 16 editions, sold in 75 countries worldwide.

''Maxim'' was founded by Felix Dennis in 1995 and expanded to the United States in 1997. ''Maxim'' has expanded into many other countries, including Australia. In 1999, MaximOnline.com (now maxim.com) was created. It contains content not included in the print version, and focuses on the same general topics, along with exclusive sections such as the "Girls of ''Maxim''" galleries and the "Joke of the Day". "Maxim Video" contains video clips of interviews, music videos, photo shoots, and original content. On April 2002, Editorial Televisa published the Spanish-language edition of ''Maxim'' magazine for Latin America and the Hispanic communities of the United States, its first cover was Chilean actress Leonor Varela. On February 5, 2005, Maxim Radio, featuring male-oriented talk programming, debuted on Sirius Satellite Radio. Following the Sirius-XM merger in late 2008, the ''Maxim'' brand was dropped, and the channel is now known as Sirius XM Stars Too. Since 2005, in Argentina, the Argentinian edition of ''Maxim'' magazine began to adapt and approximate the styles of the American adult magazines Penthouse and Hustler, publishing photos of Argentinian models and vedettes in thongs and topless. On June 5, 2006, the magazine announced plans to build a casino on the Las Vegas Strip north of Circus Circus, but the casino plan failed after local condominium owners complained that the proposed casino would ruin their view. The land was sold to MGM Mirage. On June 15, 2007, private equity firm Quadrangle Group, along with long-time media executive Kent Brownridge, announced the acquisition of the parent company of ''Maxim'', ''Blender'', ''Stuff'', and MaximOnline.com in the United States, under the name Alpha Media Group. As of April 23, 2009, Dennis Publishing has announced that it will no longer produce a print edition of ''Maxim'' in the UK, though the website for the UK version will remain. In July 2009, ''Maxim'' partnered with the UFC for the first-ever ''Maxim'' UFC Octagon Girl Search at the UFC Fan Expo; 40 girls participated in the contest, and the winner was Natasha Wicks. Quadrangle Group gave up on its investment in Alpha Media Group in August 2009, making Cerberus Capital Management the majority partner. In 2013, Alpha announced the sale of ''Maxim'' to the newly created Darden Media Group, but Darden was unable to raise the money. Calvin Darden, Jr. was later charged with fraud relating to the transaction. Between 2010 and 2012, ''Maxim'' eliminated two issues, going from 12 issues a year to 10, and decreased its circulation numbers by 20%, from a reported 2.5 million to only 2.0 million. Maximum Warrior debuted in 2011, as an online reality competition that tests 10 of America's most elite military operators in 10 military-inspired challenges. The videos are available online and on the Maxim app on Xbox Live. Several episodes feature Dakota Meyer, ''Maxim''s military advisor. Maximum Warrior is produced by Grand Street Media. The Argentinian edition of the magazine ''Maxim'' stopped circulating in March 2013 in Argentina and its last cover was the Argentinian model and vedette Valeria Degenaro. On February 27, 2014, entrepreneur Sardar Biglari, the founder of Biglari Holdings and Biglari Capital, purchased ''Maxim''. "We plan to build the business on multiple dimensions," he said at the time, "thereby energizing our readership and viewership." In September 2014, he hired Kate Lanphear, former style director of ''Elle'' and ''T: The New York Times Fashion Magazine'', as editor, in an attempt to remake it as a luxury, lifestyle, and fashion journal, at an annual salary that was thought to be more than $700,000. During Lanphear's tenure, the September 2015 issue featured actor Idris Elba on its cover, marking the first time that the magazine did not have a woman on the cover. Lanphear left the magazine in November 2015. In January 2016, Biglari officially took over as editor-in-chief of ''Maxim'', though a ''Maxim'' staffer said that the new masthead title just formalizes what has always been clear; Biglari exercises full editorial control over ''Maxim''. At one point last year, the staffer said, Biglari decided to throw out a nearly complete version of the December issue to completely redesign the magazine. On January 13, 2016, Gilles Bensimon joined Biglari as a special creative director. "What drew me to ''Maxim'' was Sardar's vision for the brand," said Bensimon.

In 2004, the Gender Issues Centre, an on-campus feminist organization at Lakehead University in Thunder Bay, Ontario, protested an on-campus "Thunder Bay Boob Idol" event sponsored by ''Maxim'' and Coors Light. The Centre described ''Maxim'' as consisting of "sexist bravado and racist imagery". In 2006, Alok Jha of ''The Guardian'' criticized ''Maxim'' for encouraging excessive alcohol consumption and sexual objectification of women. In June 2007, Israeli diplomat David Saranga invited ''Maxim'' to the country. In what came to be known as "beers and babes", the magazine did photo shoots of near-naked Israeli women who serve in the army. The campaign drew an angry reaction from lawmaker Colette Avital, a former diplomat who served as Israel's consul-general in New York City in the 1990s. Prof. John H. Brown of Georgetown University described the spread as the first event in a new branch of public diplomacy. In February 2008, ''Maxim'' was criticized by The Black Crowes for rating their upcoming CD, ''Warpaint,'' without hearing the entire album. Black Crowes manager Pete Angelus said, "''Maxim''s actions seem to completely lack journalistic integrity and intentionally mislead their readership." According to Crowes, the magazine stated in an email, "Of course, we always prefer to hearing music, but sometimes there are big albums that we don’t want to ignore that aren’t available to hear, which is what happened with the Crowes. It’s either an educated guess preview or no coverage at all, so in this case we chose the former." The magazine's editorial director James Kaminsky later apologized, stating, "It is ''Maxim''s editorial policy to assign star ratings only to those albums that have been heard in their entirety. Unfortunately, that policy was not followed in the March 2008 issue of our magazine and we apologize to our readers." Facing more criticism over rating albums without listening to them, ''Maxim'' magazine maintains it was previewing CDs in its March 2008 issue, not reviewing them, and the mistake was to include star ratings. In December 2019, Presto Media Productions, criticized the "''Maxim'' Cover Girl 2019" competition with an independent documentary created by model, actress, and producer Valentina Lucia Faltoni. Her documentary is visible on Vimeo and it is titled: "The Ugly $ide of Beauty Conte$t$"

''Maxim'' has launched international editions of its magazines since 1995. Most recently, it has launched its 26th and 27th international editions in Serbia and Greece, where it is published by Attica Media. Notably, the magazine has been circulating editions in South Korea, Indonesia, India (defunct), Japan, Portugal (as ''Maxmen''), the United States, Thailand, France (as'' Maximal''), Russia, Turkey, Serbia, Greece, Bulgaria, Czech Republic, Argentina, Canada, Poland, Brazil, Germany, Australia, Mexico, and the Philippines (defunct). 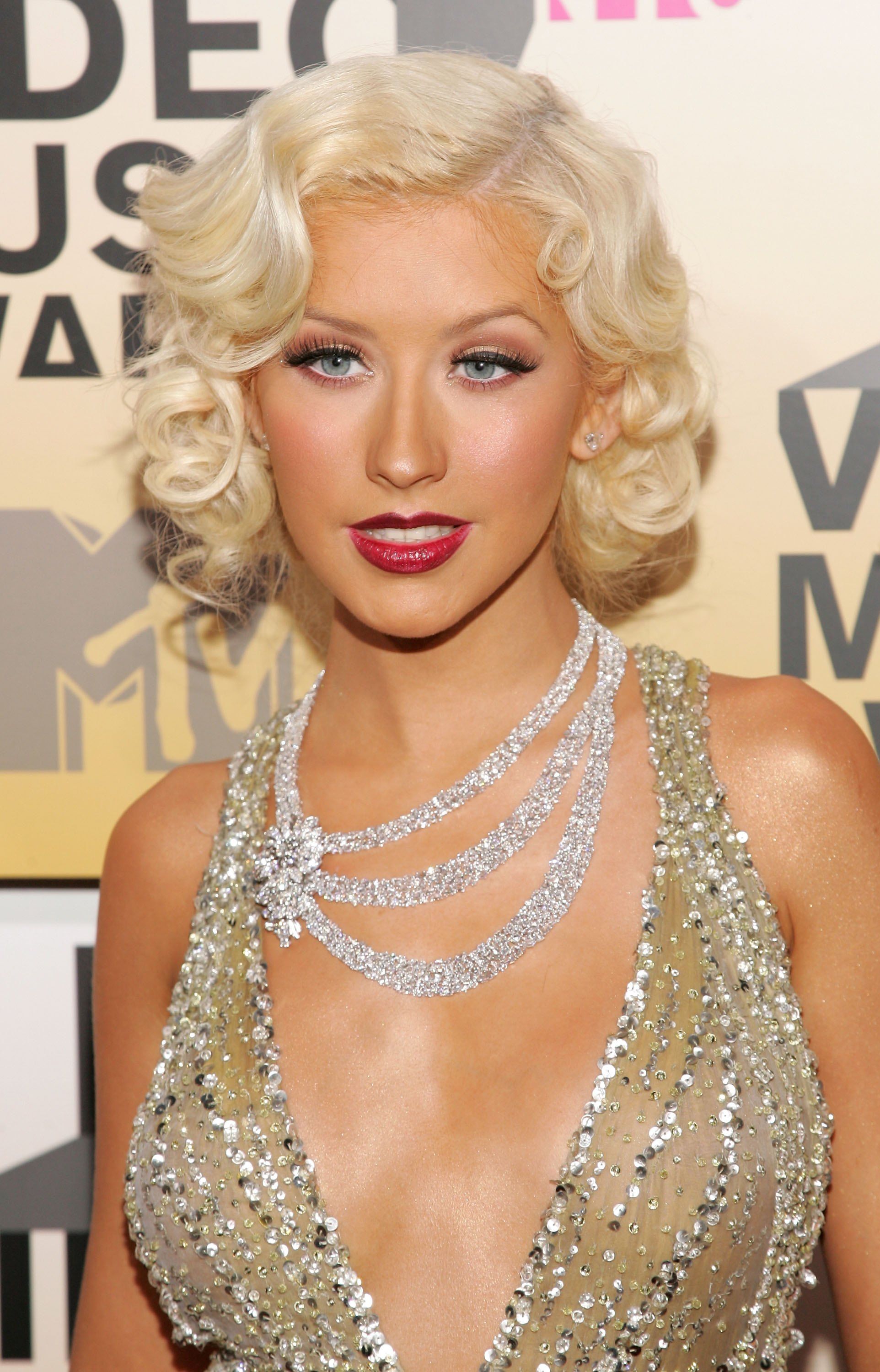