Madonna Louise Ciccone (; ; born August 16, 1958) is an American singer, songwriter, and actress. Referred to as the "Queen of Pop", she is regarded as one of the most significant figures in popular culture. Madonna is noted for her continual reinvention and versatility in music production, songwriting, and visual presentation. She is also known for pushing the boundaries of artistic expression in mainstream music while remaining completely in charge of every aspect of her career. Her works, which incorporate social, political, sexual, and religious themes, have generated both critical acclaim and controversy. Madonna is often cited as an influence by other artists. Born and raised in Michigan, Madonna moved to New York City in 1978 to pursue a career in modern dance. After performing as a drummer, guitarist, and vocalist in the rock bands Breakfast Club and Emmy, she rose to solo stardom with her debut studio album, ''Madonna'' (1983). She followed it with a series of successful albums, including all-time bestsellers ''Like a Virgin'' (1984) and ''True Blue'' (1986) as well as Grammy Award winners ''Ray of Light'' (1998) and ''Confessions on a Dance Floor'' (2005). Madonna has amassed many number-one singles throughout her career, including "Like a Virgin", "La Isla Bonita", "Like a Prayer", "Vogue", "Take a Bow", "Frozen", "Music", "Hung Up", and "4 Minutes". Madonna's popularity was enhanced by roles in films such as ''Desperately Seeking Susan'' (1985), ''Dick Tracy'' (1990), ''A League of Their Own'' (1992), and ''Evita'' (1996). While ''Evita'' won her a Golden Globe Award for Best Actress, many of her other films received poor reviews. As a businesswoman, Madonna founded the company Maverick in 1992; it included Maverick Records, one of the most successful artist-run labels in history. Her other ventures include fashion brands, children's books, health clubs, and filmmaking. She contributes to various charities, having founded the Ray of Light Foundation in 1998 and Raising Malawi in 2006. With sales of over 300 million records worldwide, Madonna is certified as the best-selling female recording artist of all time by ''Guinness World Records''. She is the most successful solo artist in the history of the U.S. ''Billboard'' Hot 100 chart and holds the record for the most number-one singles by a female artist in Australia, Canada, Italy, Spain, and the United Kingdom. With a revenue of U.S. $1.5 billion from her concert tickets, she remains the highest-grossing solo touring artist of all time. Madonna was inducted into the Rock and Roll Hall of Fame in 2008, her first year of eligibility. She was ranked as the greatest woman in music by VH1 in 2012, and as the greatest music video artist of all time by ''Billboard'' in 2020. ''Rolling Stone'' also listed Madonna among the 100 Greatest Artists of All Time and the 100 Greatest Songwriters of All Time.

Madonna Louise Ciccone was born on August 16, 1958, in Bay City, Michigan, to Catholic parents Madonna Louise (née Fortin) and Silvio Anthony "Tony" Ciccone. Her father's parents were Italian emigrants from Pacentro while her mother was of French-Canadian descent. Tony Ciccone worked as an engineer designer for Chrysler and General Motors. Since Madonna had the same name as her mother, family members called her "Little Nonnie". She later adopted Veronica as a confirmation name when she was confirmed in the Catholic Church in 1966. Madonna was raised in the Detroit suburbs of Pontiac and Avon Township (now Rochester Hills), alongide her two older brothers, Anthony and Martin, and three younger siblings, Paula, Christopher, and Melanie. 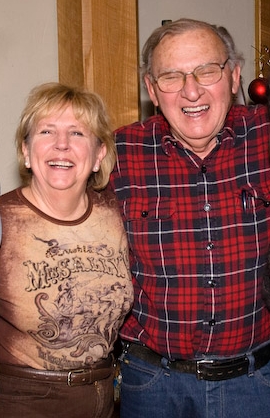 Months before her mother died of breast cancer on December 1, 1963, Madonna noticed changes in her behavior and personality, although she did not understand the reason. Her mother was at a loss to explain her medical condition and often began to cry when Madonna questioned her about it. Madonna later acknowledged that she had not grasped the concept of her mother dying. Madonna turned to her paternal grandmother for solace. The Ciccone siblings resented housekeepers and rebelled against anyone brought into their home who they thought would try to take the place of their beloved mother. Terrified that her father Tony could be taken from her as well, Madonna was often unable to sleep unless she was near him. In 1966, Tony married the family's housekeeper Joan Gustafson. They had two children, Jennifer and Mario. Madonna resented her father for getting remarried and began rebelling against him, which strained their relationship for many years afterward. Madonna attended St. Frederick's and St. Andrew's Catholic Elementary Schools, and West Middle School. Madonna was known for her high grade point average and achieved notoriety for her unconventional behavior. She would perform cartwheels and handstands in the hallways between classes, dangle by her knees from the monkey bars during recess, and pull up her skirt during class—all so that the boys could see her underwear. Madonna later told ''Vanity Fair'' that she saw herself in her youth as a "lonely girl who was searching for something. I wasn't rebellious in a certain way. I cared about being good at something. I didn't shave my underarms and I didn't wear make-up like normal girls do. But I studied and I got good grades... I wanted to be somebody." Madonna's father put her in classical piano lessons, but she later convinced him to allow her to take ballet lessons. Christopher Flynn, her ballet teacher persuaded her to pursue a career in dance. She later attended Rochester Adams High School, where she became a straight-A student and a member of the cheerleading squad. After graduating, she received a dance scholarship to the University of Michigan and studied over the summer at the American Dance Festival in Durham, North Carolina.