The Galata Tower ( tr|Galata Kulesi), called ''Christea Turris'' (the "Tower of Christ" in Latin) by the Genoese, is a medieval stone tower in the Galata/Karaköy quarter of Istanbul, Turkey, just to the north of the Golden Horn's junction with the Bosphorus. It is a high, cone-capped cylinder that dominates the skyline and offers a panoramic vista of Istanbul's historic peninsula and its environs.

The nine-storey tower is ( without the ornament on top, at the observation deck), and was the city's tallest structure when it was built. The elevation at ground level is above sea-level. The tower has an external diameter of at the base, an inside diameter of , and walls that are thick. There is a restaurant and café on its upper floors which have views of Istanbul and the Bosphorus. Also located on the upper floors is a nightclub which hosts a Turkish show. There are two operating elevators that carry visitors from the lower level to the upper levels. Galata Tower was included in World Heritage temporary list in Turkey by UNESCO in 2013. 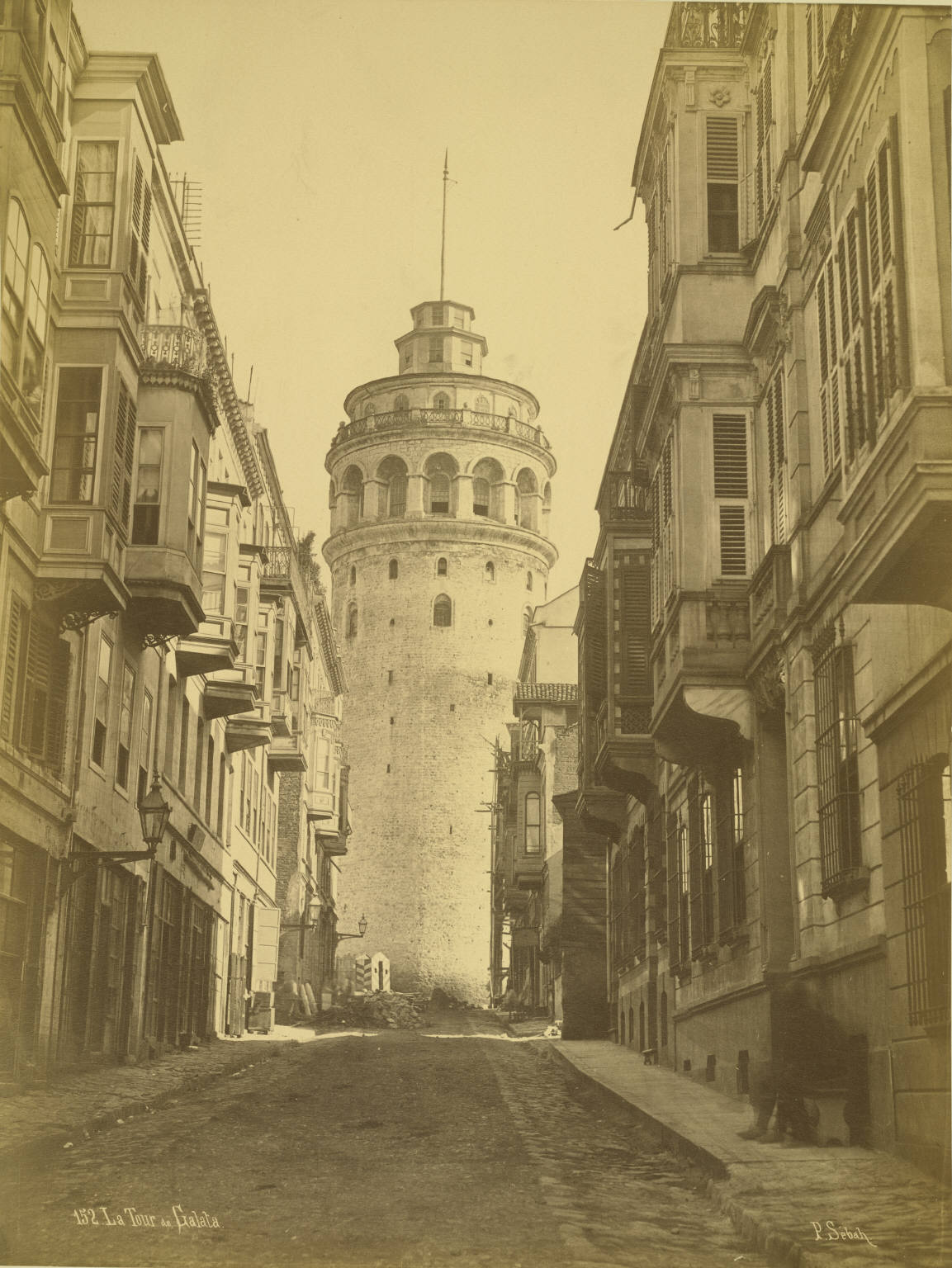 The Romanesque style tower was built as ''Christea Turris'' ("Tower of Christ") in 1348 during an expansion of the Genoese colony in Constantinople. Galata Tower was the tallest building in Istanbul at when it was built in 1348. The upper section of the tower with the conical cap was slightly modified in several restorations during the Ottoman period when it was used as an observation tower for spotting fires. 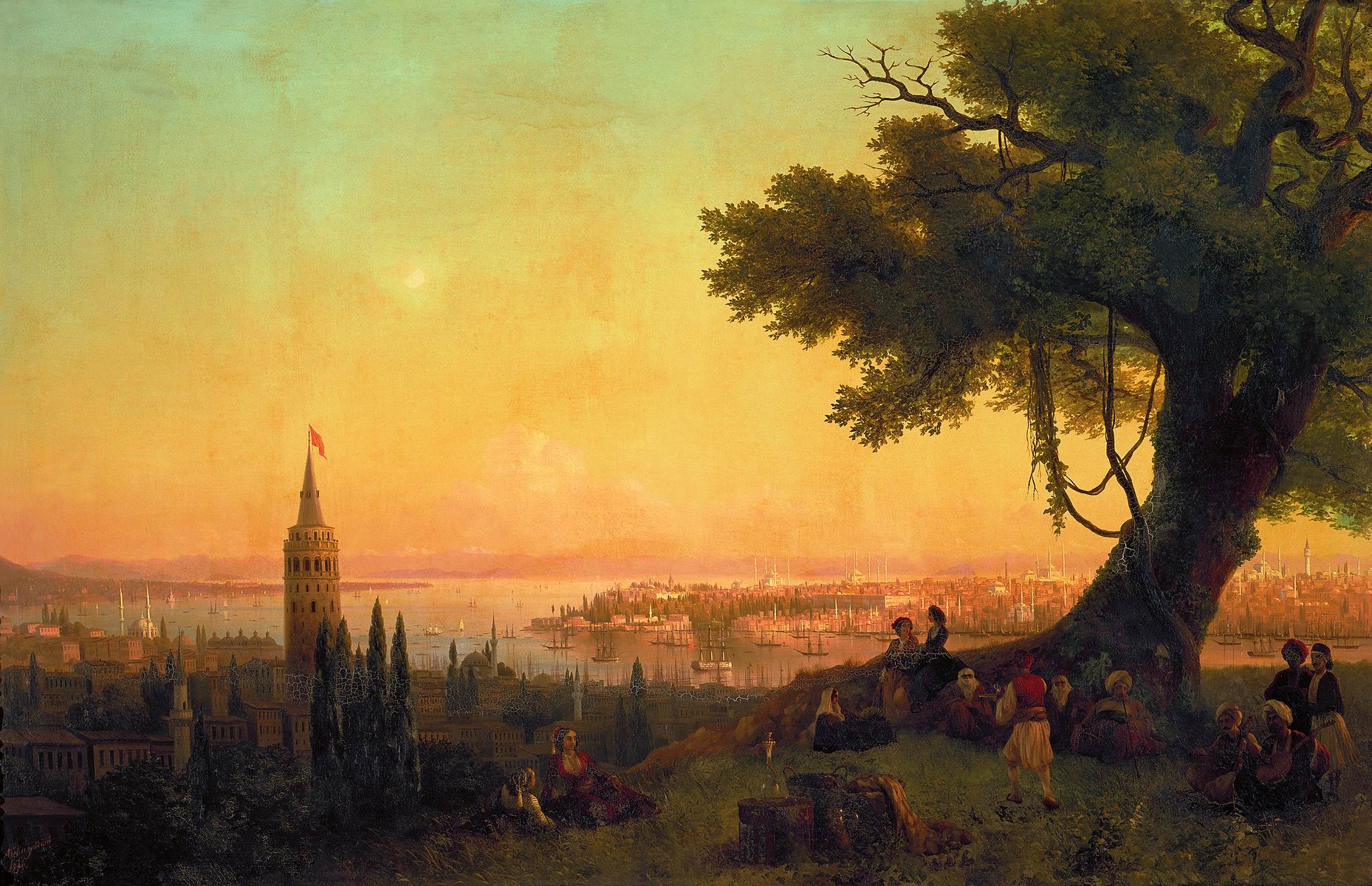 Starting from 1717, the Ottomans began to use the tower for spotting fires in the city. In 1794, during the reign of Sultan Selim III, the roof of the tower was made of lead and wood, and the stairs were severely damaged by a fire. Another fire damaged the building in 1831, upon which a new restoration work took place. 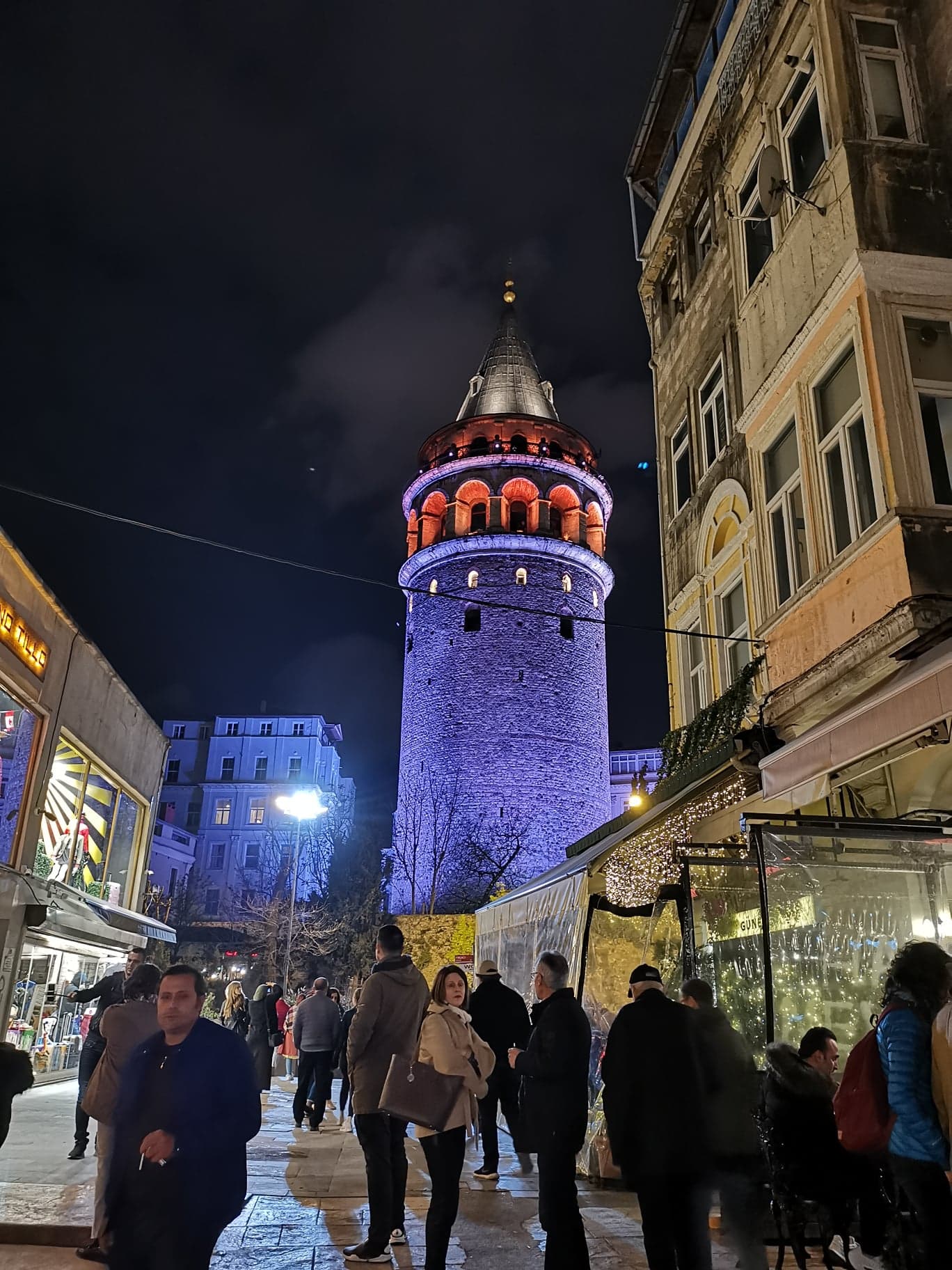 In 1875, during a storm, the conical roof on the top of the building was destroyed. The tower remained without this conical roof for the rest of the Ottoman period. Many years later, during the restoration works between 1965 and 1967, the conical roof was reconstructed.