|neighboring_municipalities= Arosa, Bergün/Bravuogn, Klosters-Serneus, Langwies, S-chanf, Susch |twintowns = } Davos (, ; or ; rm| ; archaic it|Tavate) is an Alpine resort town and a municipality in the Prättigau/Davos Region in the canton of Graubünden, Switzerland. It has a permanent population of (). Davos is located on the river Landwasser, in the Rhaetian Alps, between the Plessur and Albula Ranges. The municipality covers nearly the entire valley of the Landwasser, and the centre of population, economic activity, and administration is two adjacent villages: Davos Dorf () and Davos Platz (''Davos'' ''Place''), at above sea level. Gaining prominence in the 19th century as a mountain health resort, Davos is perhaps best known today for hosting the World Economic Forum—often referred to simply as "Davos"—an annual meeting of global political and corporate leaders. With a long history of winter sport, Davos also has one of Switzerland's largest ski resorts, and hosts the international Spengler Cup ice hockey tournament each December.

The current settlement of the Davos area began in the High Middle Ages with the immigration of Rhaeto-Romans. The village of Davos is first mentioned in 1213 as ''Tavaus''. From about 1280 the barons of Vaz allowed German-speaking Walser colonists to settle, and conceded them extensive self-administration rights, causing Davos to become the largest Walser settlement area in eastern Switzerland. Natives still speak a dialect that is atypical for Graubünden, showing similarities with German idioms of western parts of Switzerland, especially the Upper Valais. In 1436, the League of the Ten Jurisdictions was founded in Davos. 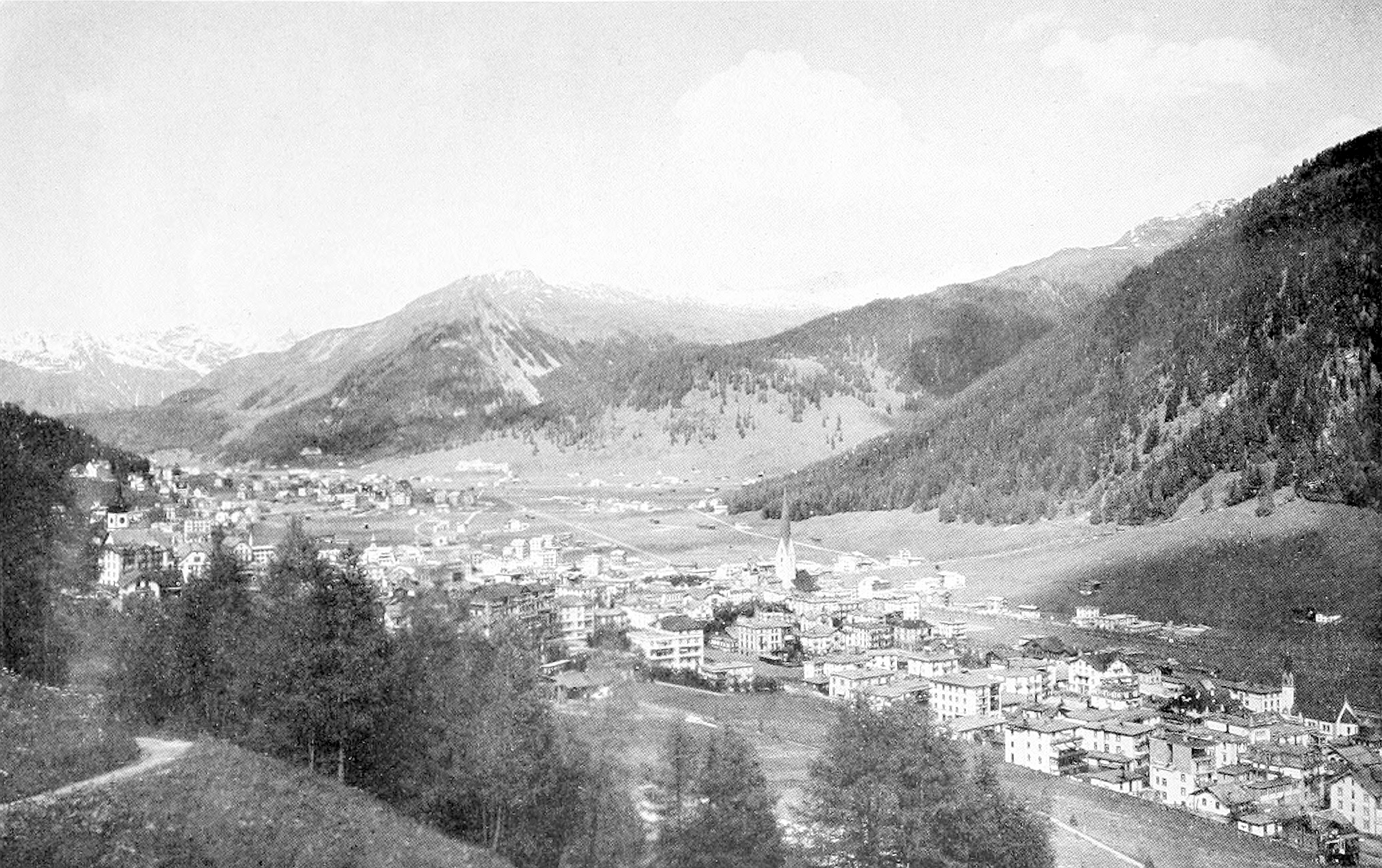 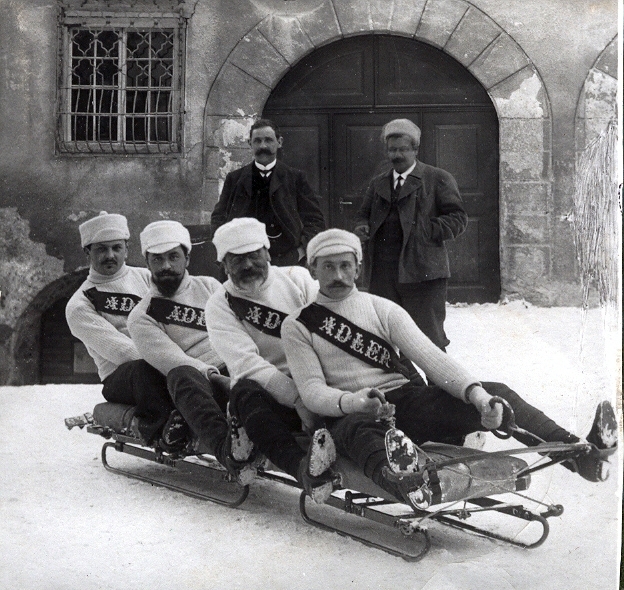 From the middle of the 19th century, Davos modeled on Sokołowsko became a popular destination for the sick and ailing because the microclimate in the high valley was deemed excellent by doctors (initiated by Alexander Spengler) and recommended for lung disease patients. Robert Louis Stevenson, who suffered from tuberculosis, wintered in Davos in 1880 upon the recommendation of his Edinburgh physician Dr. George Balfour. Arthur Conan Doyle wrote an article about skiing in Davos in 1899. A sanatorium in Davos is also the inspiration for the Berghof Sanitorium in Thomas Mann's novel ''Der Zauberberg'' (''The Magic Mountain''). Between 1936 and 1938, Ernst Ludwig Kirchner, then at the end of his life and living in Davos since 1917, depicted Davos and the Junkerboden. His painting has a both Romantic and pantheistic atmosphere and simplified formal structure. During the ''natural ice'' era of winter sports, Davos and the ''Davos Eisstadion'' were a mecca for speed skating. Many international championships were held here, and many world records were set, beginning with Peder Østlund who set four records in 1898. The only European Bandy Championship was held in the town in 1913. Subsequently, Davos became a ski resort, especially frequented by tourists from the United Kingdom and the Netherlands. After peaking in the 1970s and 1980s, the city settled down as a leading but less high-profile tourist attraction. 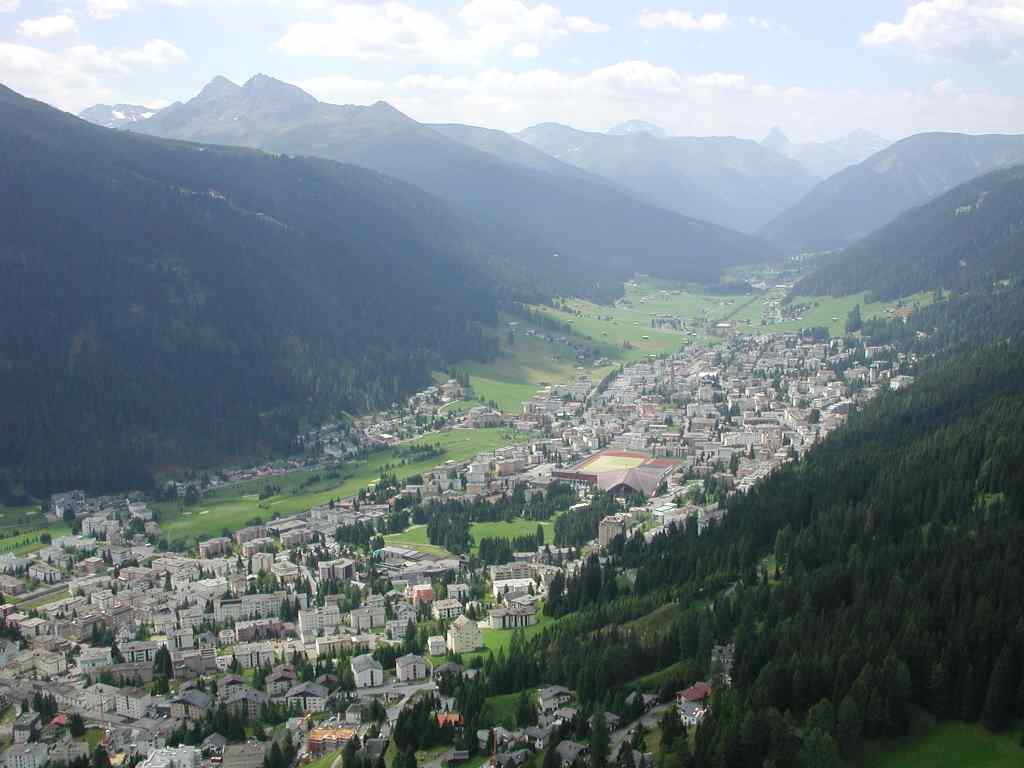 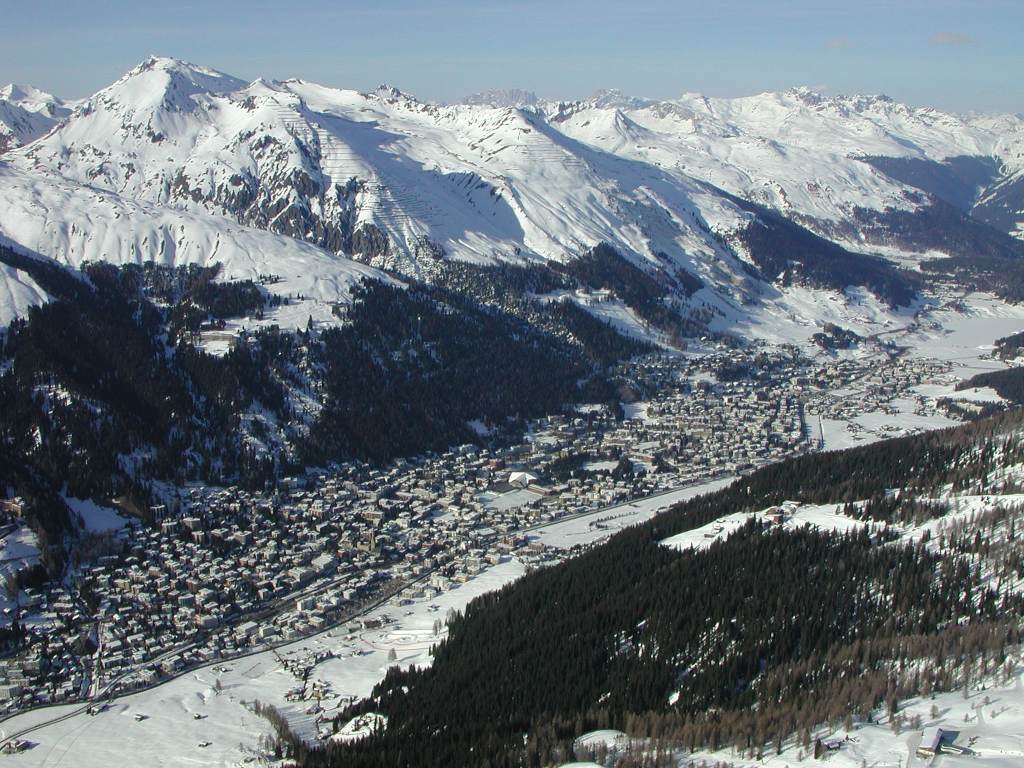 The main village of Davos lies at the top of the narrow valley of the Landwasser at an altitude of , just below the Wolfgang Pass. Lake Davos is northeast of the village, formerly the source of the Landwasser. The municipality of Davos () has an area (as of the 2004/09 survey) of , including most of the Landwasser valley and its side valleys. Of this area, about 35.0% is used for agricultural purposes, while 22.2% is forested. Of the rest of the land, 2.3% is settled (buildings or roads) and 40.5% is unproductive land. In the 2004/09 survey a total of or about 1.2% of the total area was covered with buildings, an increase of over the 1985 amount. Over the same time period, the amount of recreational space in the municipality increased by and is now about 0.22% of the total area. Of the agricultural land, is fields and grasslands and consists of alpine grazing areas. Since 1985 the amount of agricultural land has decreased by . Over the same time period the amount of forested land has increased by . Rivers and lakes cover in the municipality. The Wolfgang Pass divides the waters flowing into the Landquart from the valley of the Landwasser, and has a year-round road and Rhaetian Railway connection. Crossing the pass leads to the village of Klosters and the Prättigau. Three long side valleys reach out to the south from the main valley of the Landwasser, one of which leads to the Flüela Pass and the Engadin beyond.

The municipality of Davos is divided completely into six ''Fraktionsgemeinden'': Davos Dorf, Davos Platz, Davos Frauenkirch, Davos Glaris, Davos Monstein, and Davos Wiesen. The names of the ''Fraktionsgemeinden'' correspond to their largest village within. Smaller populated places in the municipality are: the village of Davos Clavadel, the hamlets of Laret, Wolfgang, Obem See, Meierhof, Stilli, Bünda, and Spina (in the main Landwasser valley), and Tschuggen, Dörfji, In den Büelen, Hof, Teufi, Gadmen, Am Rin, Dürrboden, Sertig Dörfli, Oberalp, Inneralp (in the side valleys). Until 2017 the municipality was located in the Davos subdistrict of the Prättigau/Davos district; after 2017 it is part of the Prättigau/Davos Region. In terms of area, it was the largest municipality in Switzerland in 2009 after a municipal merger with Wiesen. Davos lost this distinction after the formation of Glarus Süd in 2010, and today is the 4th largest in the canton of Graubünden.