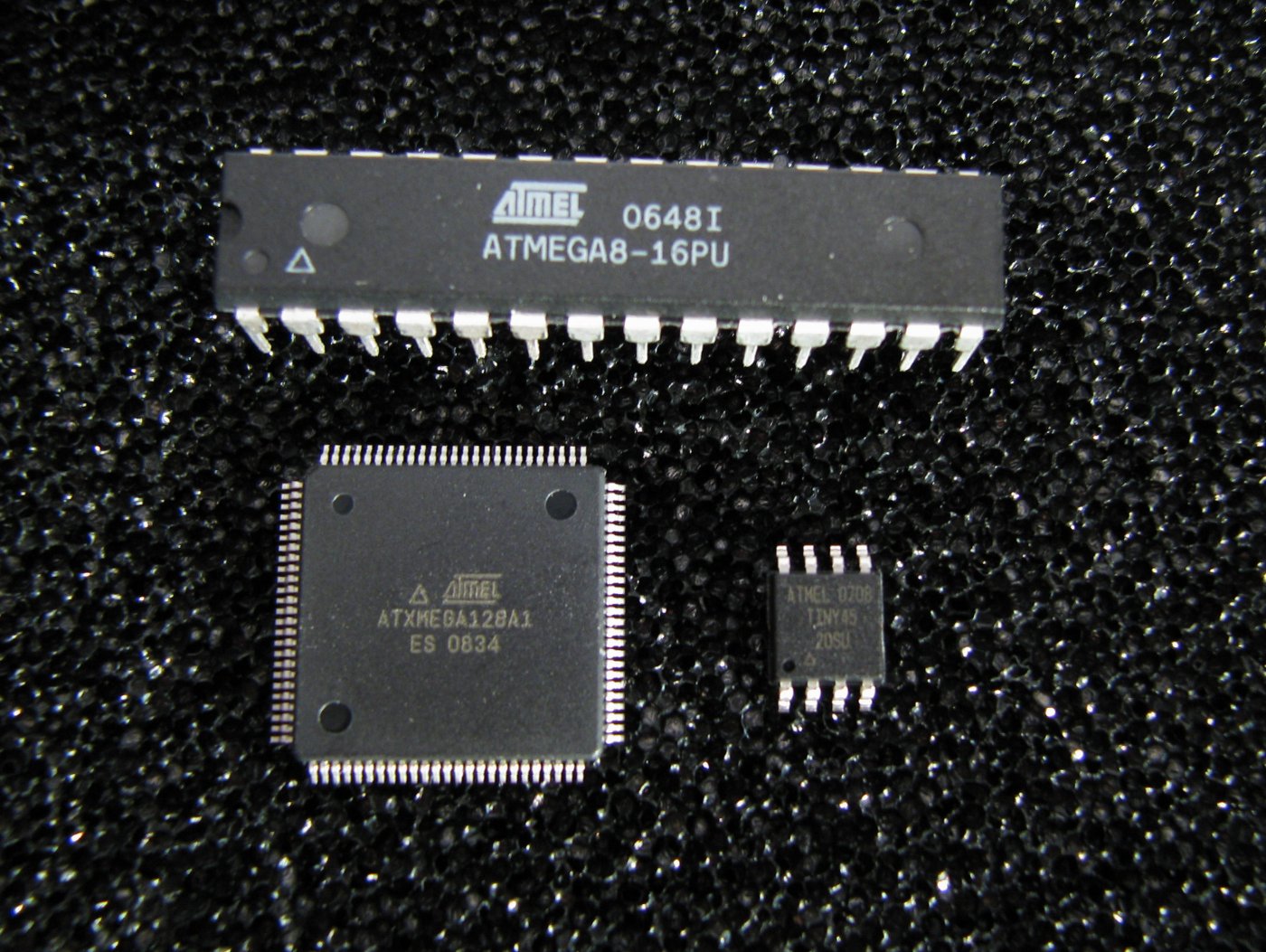 right|thumb|DIP-28N)._It_is_commonly_found_on_[[Arduino.html" style="text-decoration: none;"class="mw-redirect" title="Dual in-line package">DIP-28N). It is commonly found on [[Arduino">Dual in-line package">DIP-28N). It is commonly found on [[Arduino boards.]] AVR is a family of [[microcontrollers]] developed since 1996 by [[Atmel]], acquired by [[Microchip Technology]] in 2016. These are [[modified Harvard architecture]] [[8-bit]] [[Reduced instruction set computer|RISC]] single-chip microcontrollers. AVR was one of the first microcontroller families to use on-chip flash memory for program storage, as opposed to one-time programmable ROM, EPROM, or EEPROM used by other microcontrollers at the time. AVR microcontrollers find many applications as embedded systems. They are especially common in hobbyist and educational embedded applications, popularized by their inclusion in many of the Arduino line of open hardware development boards.

The AVR architecture was conceived by two students at the Norwegian Institute of Technology (NTH), Alf-Egil Bogen and Vegard Wollan. Atmel says that the name AVR is not an acronym and does not stand for anything in particular. The creators of the AVR give no definitive answer as to what the term "AVR" stands for. However, it is commonly accepted that AVR stands for Alf and Vegard's RISC processor. Note that the use of "AVR" in this article generally refers to the 8-bit RISC line of Atmel AVR Microcontrollers. The original AVR MCU was developed at a local ASIC house in Trondheim, Norway, called Nordic VLSI at the time, now Nordic Semiconductor, where Bogen and Wollan were working as students. It was known as a μRISC (Micro RISC)